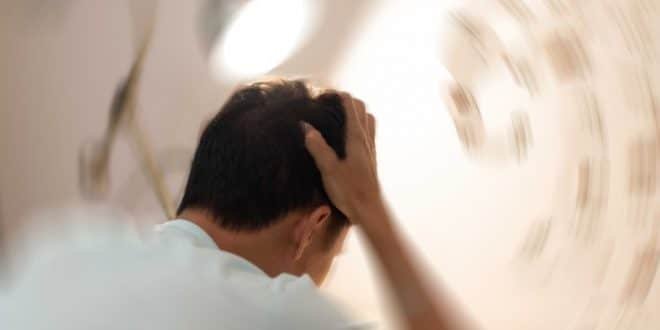 What is the Cranio corpography test method for vertigo?

Anybody who has experienced Vertigo knows that the symptoms are quite difficult to handle. With the sudden spells of dizziness, nausea, fits of vomiting, & headaches of migraine intensity, it can become really hard to carry through a regular life. There are a variety of tests used to determine Vertigo in a patient. These Vertigo tests include:

In addition to the above mentioned Vertigo tests, there are certain other tests which can be used to determine if the patient is suffering from Vertigo, & what type.

Two of the main points of examination during a Vertigo test are the two Vestibulospinal tests; the Romberg test, & the Fukuda-Unterberger test. These can be objectively & effectively measured by the Craniocorpography test. Cranio Corpography test is an ultrasound test, whose objective is to use ultrasound markers on the head & shoulders, & measure as well as analyze the numerical data of statokinetic tests.

Cranio Corpography tests take its input from the fact that Vertigo occurs as a result of a mismatch between the inputs from the sensory pathways that help determine balance in our bodies. There are four primary sensory mechanisms that contribute to maintaining our body’s balance, orientation, & position in space. These are the visual afferentation, the vestibular afferentation; which is basically the various accelerative & gravitational forces manipulated by the body’s vestibular system; the proprioceptive afferentation; that includes muscle & joint receptors; & the acoustic receptors.

The brainstem takes up data from these various sensory receptors & assimilates it together to form a total spatial image of the body in space. The brainstem forms the counterpart of this entire operation as it houses the central nystagmus generator, which through the mesencephalon, is related to the neck muscle monitoring nuclei via the medial longitudinal fasciculus. Vestibular ataxia is related to an irregular activation of the polysynaptic vestibulospinal pathways. The Cranio-corpography test, also called the CCG test, is a Vertigo test used to objectively assess the Vestibular spinal testing.

How the Cranio Corpography test is performed:

In this procedure, sound moves through air with an average velocity of 330 m per second.

The sound signals according to the source can be precisely located in space via a fixed arrangement of 3 microphones, & the principle for the same is based on mathematical analysis.

It is installed in the ZEBRIS Coordinate Measurement System (CMS).

The test software displays the results obtained in each test online. In normal patients, the ultrasound computer ccg test results showed no significant differences when compared to those of other statokinetic balance tests. However, in patients with balance difficulties & those that is suffering from Vertigo, the lateral sway in stepping test, the longitudinal sway, & the forehead covering area all show significant differences.

The computer unit in the cranio-corpography test can measure & analyze the exact numerical data of the patients suffering from Vertigo & other balance disorders, quite accurately. The primary parameters for the evaluating the standard tests are; the longitudinal & the lateral sway in cms, the torticollis angle in degrees, & the forehead covering area in cm².

The standard value of all of these parameters is as follows:

When the test records any values that are larger than the standard values by a large number, the patient is given a proper diagnosis based on their particular test results. The CCG test, along with the Dynamic Visual Acuity test (dva test), are some of the best Vertigo tests for effective & adequate Vertigo diagnosis.

Vertigo tests often need to be objective in nature, so as to best evaluate the variety of subjective complaints experienced by patients. The Cranio corpography test, commonly known as the CCG test, is one such objective Vertigo test used to diagnose Vertigo. The Computerized Cranio corpography test is a simple, reliable, quantifiable, & reproducible method for statokinetic testing of Vertigo patients. It basically involves optically monitoring the patient’s head & body movements as they perform the standard Romberg & the Fukuda-Unterberger tests. Not only that, but the patients can see the results shortly after the test. Doctor testimonials show that the cranio-corpography test is very useful in the diagnosis of Vertigo patients, & is considered one of the best Vertigo tests. However, while the CCG test proves to be useful in the diagnosis of Vertigo patients, it alone is not enough to determine exactly which type of Vertigo the patient suffers from. Some research suggests that the Craniocorpography test, along with the Caloric test, may help better determine the actual state of the patient. At any rate, these two Vertigo tests go well together, & are able to give the doctor a clearer picture of the patient’s exact condition.

Previous Bakery Boxes design Are Fun and Unique
Next What Are Steroids?