What’s up, guys!! How are you feeling being raised in a digitalized era of computers and laptops, along with other accessories such as iPad, mobiles, and many others? How much are you aware of using this technology?? Have you ever wondered how these gadgets came into existence? Just think………think……. Do you know?

Ok, let’s discuss some of these questions……

Charles Babbage, an English mechanical engineer, and polymath was the first one to originate the concept of a programmable computer. Thus, he came to be known as the ‘Father of Computers’. Alan Turing suggested the theory of modern computers.

As the use of personal computers became more workable in 1971, the idea of portable personal computers soon followed. Alan Kay, at Xerox PARC in 1968, imagined a ‘personal, portable information manipulator’. The IBM 5100 was the first portable computer that appeared in September 1975 to be commercially available.

Talking about the projectors, there have been a few pieces of evidence that have been found in history. People at that time were not able to differentiate between the use of lantern projection and shadow play.

The tablet computer and its associated operating system came into existence with the development of pen computing. Early as 1888, electrical devices with data input and output on a flat information display existed with the telautograph.

The first computer printer design was the first mechanical-driven printer by Charles Babbage for his Difference Engine in the 19th century, but it was not built until 2000. The first electronic printer was the EP-101, invented by the Japanese Company Epson and was released in 1968.

After going through this blog, you might have got a clearer view of the different types of accessories used along with a computer. These are just a few accessories described here……. but in reality, the list is endless! So, guys! I hope you enjoyed reading this blog, do share your comments in the comment section.

Previous How to Check your Business Loan Application Status? Everything You Should Know
Next 6 Facts you wish you knew before getting Botox Migraine 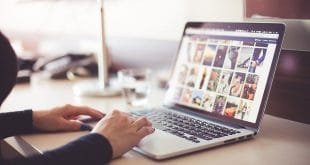